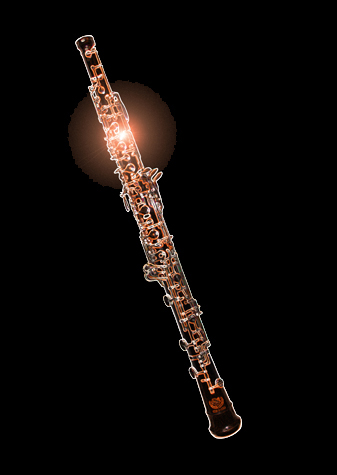 Graham Salter is one of Britain's most experienced freelance oboists and teachers,

having held the positions of

Principal Oboe with the Royal Scottish National Orchestra, followed by

As a freelance he has appeared as a guest with almost

every orchestra in London and the UK,

being equally at home in the fields of

and the Recording Studio.

He is regularly invited in at short notice to

cover orchestral and operatic emergencies of all kinds.

Working initially and over many years with the National Philhilharmonic Orchestra,

he is highly experienced in the film studio.

He has played under such great conductors as

and has recorded solos in arias with

and of the Greater London Arts Young Musicians scheme,

Graham Salter has broadcast for the BBC and played

all around Britain and in Europe on Radio and TV.

His varied and attractive Concerto repertoire

is welcomed especially by music and choral societies nationwide.

His numerous arrangements for the various sizes of oboe

Enjoyably varied Recitals may be linked usefully to

where GS can introduce all five members of the Oboe family, offering

a lighthearted Round-Europe Tour or

Gems from the Oboe's 350-Year History.

Tailored appropriately to the audience are his

young musicians of all styles and ages to

"Bring the Music to Life, and Perform with Expression".

the subject of a unique book for

all young musicians and all who teach them,

and enhanced by charming line drawings by

are well-loved inclusions in the

“Pulled at the heart strings of an appreciative audience”.